I’ve been testing a bunch of hookup sites over the last few years and some are so legit it’s insane. This one in particular here really works better than most. Now, one that doesn’t work all that great is Ultrahookup.com and this is all that you need to know below…Trust me, I’ve left nothing out and have literally covered it all right here! 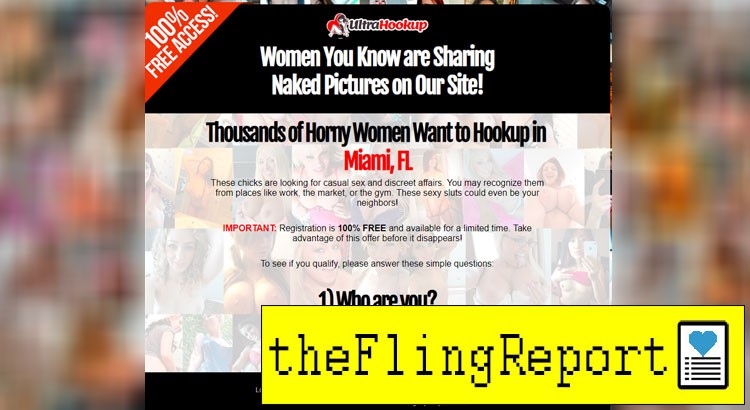 Okay, so here’s the scoop on this website. UltraHookup.com is just another site owned by Nautell Capital Limited that is online for only one purpose, which is to rip people off. Like thousands of other fraudulent dating sites, this one too has many tricks up its sleeve through which it tries to fool the user.

Not Free At All

For one, the site claims to be completely free for a beginning member. But, under the guise of validating the user’s age, they ask for your credit card information. Now, one has to wonder, why would anyone need a valid credit card’s info just to verify age?

Well, that’s where the scam starts. Though they claim to not charge the account, members will notice almost immediately that their cards are indeed being charged.

For a site that claims to have a free membership, a little investigation will reveal that the cost of being a ‘free’ member adds up to around $120 per month. Quite a hefty sum for something that comes gratis.

When a member finally gets into the site, they are greeted by thumbnails of beautiful local women looking to have a wild romp. But these profiles, as to be expected from a site that is pulling the above scam, are not real. Indeed, the pictures of the women themselves are fake.

These photographs have been lifted from other sites that do not, at least publically, have a connection with Ultrahookup. These fake accounts are created and maintained by employees of the company, and there are no real, interested women behind them at all.

Not only that, but after logging in, you will also find yourself the lucky recipient of various emails and instant messages which come from these women. But, as already established, these women are fake, so where do these messages come from?

Well, they don’t come from a human, for one. These posts are automatically generated by sophisticated computer software called bots, which are programmed to generate such messages and send them to new members to lure them in.

They Want Your Cash

Why go to all the trouble? Because, when a user receives such a text, it is only human for him to want to get in touch with the woman who has shown such interest in him. But the thing is, to do so, they would have to upgrade their membership, which will require them to open up their wallets. This is all in the pursuit of money and does not give any benefit to the user.

Obviously, since all these women do not exist and are not the ones behind the messages and emails, you will never be able to see them or get in touch with them. If you do choose to throw your money down the drain, you can be sure you’ll get more and more messages from the bots, since their main purpose is to string the person along and keep the money flowing. But there will be no real human interaction since the messages are fake.

This is just another internet scam by Nautell Capital Limited, and you can rest assured that there are many others. The only thing one can do about it is to make sure you inform as many people as you can about the scam. Keep your eyes and ears open, since most of the workings of these frauds are admitted to in the Terms and Conditions pages of these sites.

Other hookup sites that suck: