HotChatDate Sucks, So Does Anastasia Date, End Of Story…

I’ve been known to dabble in some serious chats from time to time. Not always, but quite often I chat with girls that I meet on this site and when I do, things get super steamy. However, I decided to give the HotChatDate.com website a try to see if the company lived up to the name! Well, they most certainly did not because nothing was hot about this site.

In fact, the only thing hot about hotchatdate.com was my credit card bill. Find out the scoop on things and why I’m not impressed, to say the least. 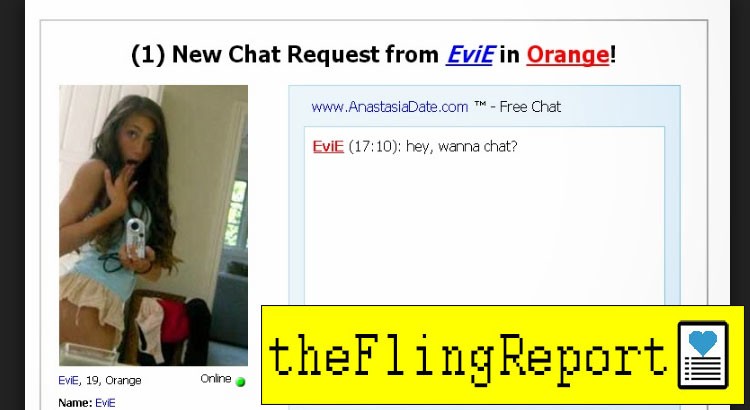 My Review Of HotChatDate (Why It’s Bad)

HotChatDate is about as fake as they come. You only need to spend a few minutes on the site to figure out what’s going on. As long as you have eyes and the ability to read, you’re going to see through the tricks.

It’s all put together to get you to a second site called Anastasia Date. That’s where you’re going to be hit with all of the upsells and attempts to trick you out of your money. Nothing that they do here is really new. The reason that it works is the fact that they’re banking on you not paying attention.

Just keep your eyes open and you’ll be able to see right through the scam.

The real draw of the site is the hot chick on the left. You’re supposed to believe that she’s actively trying to video chat with you. She’s a looker. Letting your dick do the thinking is going to get you into trouble. It’s going to seem like she is desperately trying to see you on her screen.

She’ll look a little confused and frustrated that your dick isn’t pointing directly at her face from your cam. Just give it a minute. Watch the video and you’ll see that it’s all prerecorded. It will start to loop after a minute and her antics will repeat all over again.

Again, it’s all fake. If you wait long enough, the messages will either stop or reset altogether. That’s exactly how you know it’s fake. No one is that desperate to talk to a total stranger. She has no idea what you look like. Why would she need to cam fuck you so badly? 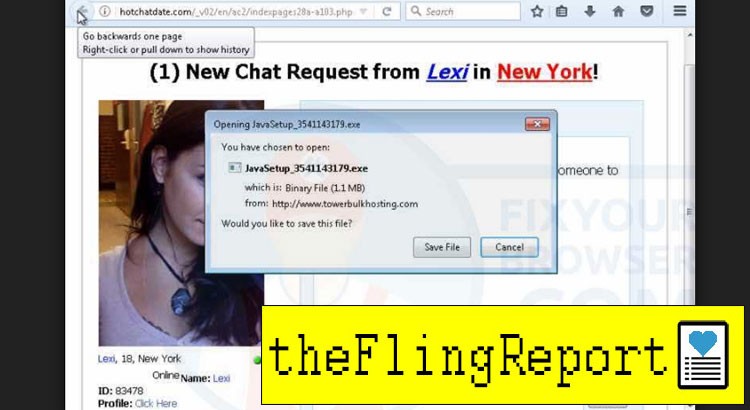 The final layer of this dick tempting onion is that it will seem like this naughty little minx is right down the street. It doesn’t matter where you are. The message will come through that she’s in your city. You can try it out for yourself if you want.

Visit the site from home and right before you travel. Check it again when you get to your destination. She’ll either be stalking you or she can live in multiple cities at the same time.

There’s no reason to waste any time on Hot Chat Date. Any link that you click is going to bring you right to another scam site. It’s best to click right off if you find yourself there. You’re not going to be gaining anything from it. It’s all fake and they just want to steal your money from you. That’s always the bottom line of scam sites.

Again, to be clear, I’m not telling you that you cannot waste your time and money using this. However, if it were me, I would refrain from spending even a second on the website. There’s simply no one to chat with. It’s all smoke and mirrors in my humble opinion.

Now, if you want to get somewhere with this type of thing, then you really just need to give the fling girls a shot. They’re there for a good time and I can vouch for their honesty and validity. Just go for it, you’ve got nothing to lose especially if your plan was to spend the night on Hotchatdate.com!