I’m here to report the good and bad of AskMe4Date.com. Unfortunately, most of the things I’m going to share are going to be bad. The site is really pretty damn bad and this will explain everything about it that I believe is true and most importantly accurate. 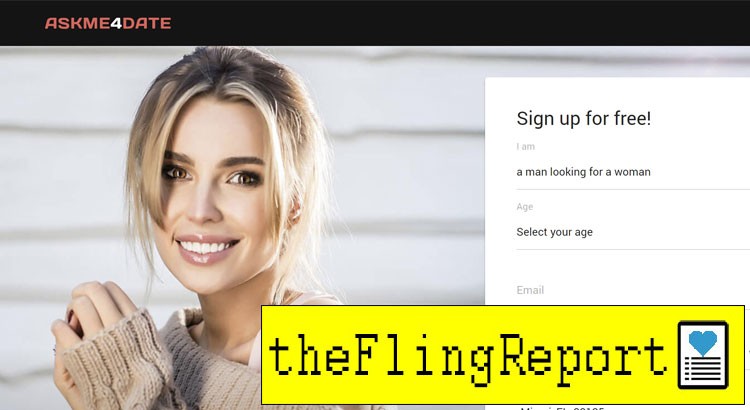 The whole concept behind a dating site is that you can talk to the people there and know that you’re both looking for the same thing. Both people in every conversation are just waiting to set up a date to get together.

That’s a great way to go about your dating life, but there are a lot of reasons that it doesn’t work. One of the biggest ones is that there are tons of fake dating sites out there.

It’s really easy to try and trick people into paying for things that none of the sites can actually offer to people. That’s what’s going on with AskMe4Date.

This is a scam site that’s run by a scam site company. It can’t give you anything that it promises to at all. It’s just a way to trick you out of your money.

There Are Other Scams In The Business

This site is owned by Together Networks. This is the company that owns nothing but other scam sites. You’ve probably come across them in the past. They own the big ones like Black Wink, Do U Want Me, Flirty Desires, Spicy Desires, Naughty Date, I Want Blacks, Together 2 Night, Snap Rendezvous, and Wild Buddies.

If they run so many other scam sites then there’s no chance at all that they run this single legitimate one. It’s just not the way that things work. This is just one more scam site that’s run by a scam company.

They know exactly what they’re doing and they have no problem with it at all. They’re going to trick you into giving them your money and then they’ll just move along to the next person. Everyone on the site gets scammed and it works well enough to stay in business.

The Messages Are Fake As Can Be

The way they actually scam you is very simple here. They’re going to start sending you messages as soon as you sign up as a free user. Your inbox is going to be filled with them in no time.

You’ll see attractive pictures on the profiles and it will seem like not responding to them would be silly. That’s where the scam comes in. If you want talk to anyone, you’ll have to upgrade your account.

That’s going to cost you money. That’s how you’re tricked into paying them to scam you.

Conclusion: AskMe4Date Is A Giant Scam

There’s no reason to visit AskMe4Date. It’s nothing but a scam. You’re never going to talk to a single person here.

There are much better dating sites out there for you and other consumers to consider using. They’ll actually let you talk to real people who are looking for real dates with you. You will find a list of the recommended dating sites on my homepage.

Why Only DTF Is Only A Scam