LocalFling.co.uk Will Not Help You Hook Up (Full Review)

I love the United Kingdom, but when I come across sites like Localfling.co.uk it makes me want to rip all my hair out! Too many people think that this is the same site has the original fling and it’s definitely not. I guess the good news is that you’re reading this now so you’ll avoid the issue of wasting your money or making a bad decision. 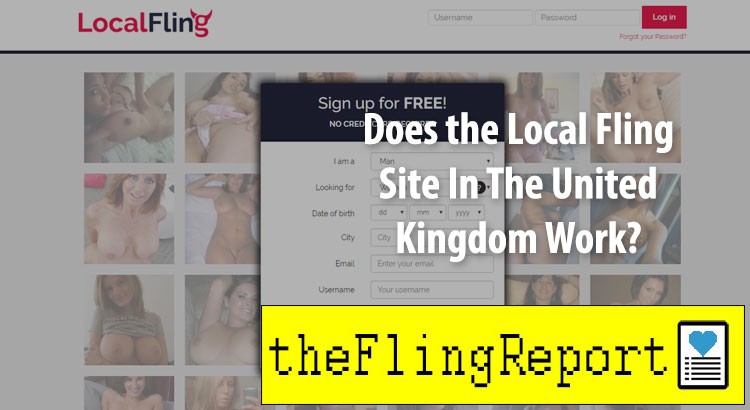 Here’s what you need to know about this local UK dating site. Even if you live in the United States, you’ll still want to read this. Reason being, understanding how these things work can really help you make better business decisions in the long run when it comes to joining dating sites in general.

One look at the fine print of LocalFling is going to tell you everything that you need to know about the site. They lay out very clearly what they’re doing to trick you into giving them your money. If you understand what’s happening, then it’s going to be very clear that you shouldn’t get involved with them at all.

Once you agree to the terms of service, you’re legally allowing them to scam you and you’ll have no recourse. It how they’re able to stay in business without getting shut down. All they have to do is scam you to your face.

What’s happening here is that they tell you right there that the site runs fake profiles. They also make you agree to be contacted by them. This is why you’ll be getting tons of messages from the second you make your free profile.

Once you pay to upgrade, you can waste your time by trying to respond to the messages, but it’s not going to get you anywhere. You’ve already handed over your money, so they’re done. They won’t be sending you any more messages at all. It also wasn’t real people sending you the messages in the first place. They were either coming from chatbots or from paid employees. The profiles were completely fake and the people in the pictures never even knew they were on the site. They were all purchased from other sites and thrown up to entice you into upgrading.

They’re not there to introduce you to people; they’re there to sell you on the fantasy of meeting people. The worst part is that you’re agreeing to all of this. You have to agree if you want to create your profile. You give them your money and they let you pretend that the messages you’re getting are real.

No one should get involved with LocalFling.co.uk. It’s nothing but a scam to take your money and if you’re vacationing to the UK then you’re already spending enough cash. You’ll never talk to a real person and you’ll never meet up with anyone.

It’s not a dating site and it makes no effort to deny it. They only sell you the entertainment of getting fake messages from chatbots. That’s what you’re paying for and it’s not worth it. The best thing to do is simply pretend that this site doesn’t exist. There are plenty of real dating sites out there for you. All you have to do is find them.