PlentyofHoes Is Plenty Of Trouble, Trust Me!

Do you like hoes? I do and just about everyone on the planet does. I’ve done lots of research here on theflingreport.com in an attempt to disclose where you can find the most hoes in America. Guess what, they are not at the PlentyofHoes.com website! I can tell you right now that the site is awful and perhaps the worst I’ve ever used to date. You’ll know why just keep reading… 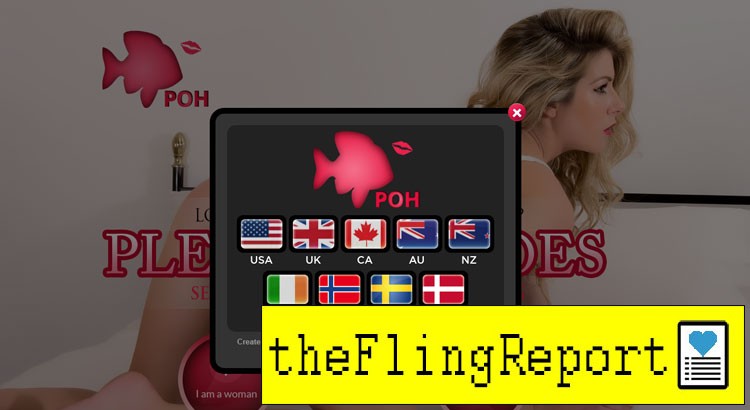 PlentyofHoes.com Is A Scamming Dating Site

I cover it all here from top to bottom. No need to get worried or anything of that nature. You’re reading this report now and you won’t have any issues since you’re being as proactive as possible.

Not A Real Site

If you’ve found yourself at PlentyofHoes, you’re going to quickly realize that there are no hoes to be found. In fact, there’s really no one on the site at all because it’s not a real destination. What it is, is a site that redirects you to other places to trick you into signing up for them.

The places that you’ll be sent to are already known to be scams, so no one actually visits them anymore. They have to resort to tricking people into going to them. Unfortunately, it works often enough that the site is allowed to stay in business with the money it makes.

When you try to sign up, you’re going to be immediately be sent to one of a whole group of sites that they work with. You won’t be told what’s going on, you’ll simply end up there. If you’re not paying attention, you might not even realize that it’s happened to you.

If you make the mistake of signing up for a free profile, the scam is going to start right away and it’s not going to stop until you upgrade. You’ll also have the option of shutting down your account, which is what you really should be doing.

As soon as you’re on, you’re going to start getting a ton of messages. It’s going to make it seem like there are a lot of people on the site who really want to talk to you. Nothing could be further from the truth.

What you’re going to realize is that you won’t be able to respond to a single one of these messages unless you pay to upgrade your account. Once you do that, you can respond to as many as you want, but you’re still never going to hear back from the people.

The profiles are created by the site and the messages are generated by bots. No real person has ever tried to contact you. It’s all done to make you think that you should upgrade. Everything on the site is done to convince you of something that just isn’t true.

It’s how they make their money and they make enough of it to stay in business. After you pay, PlentyofHoes gets a cut of your fee and they’re happy. The only person not making out here is you. They have nothing to offer you in exchange for your money.

Conclusion: Not Worth It

If you’ve come across this site, you should just ignore it. It’s not worth your time or your money. They’re going to send you fake messages from fake profiles and that’s it. There are no real people on the site.

It’s all one big scam to rip you off.

If you’ve made the mistake of signing up, you should shut down your profile right away. The longer you stay on, the more time they have to trick you into opening up your wallet. You’ll be much happier if you just stay as far away as you possibly can.

I’m A Milfaholic, But This Site Didn’t Work!