I will be the first to admit that I’m all about hooking up with black milfs in my neighborhood. It’s easy when you use a dating website that works to connect you with local black hotties looking to get dicked down. However, as you probably know, they are not all created equal. LocalBlackMilfs.com is one of those sites that I just do not agree with nor do I believe it works. Since I’m a huge advocate for hooking up with black women, here’s what you need to know about Local Black Milfs and everything this site does to try and get you to spend money (be it for nothing). 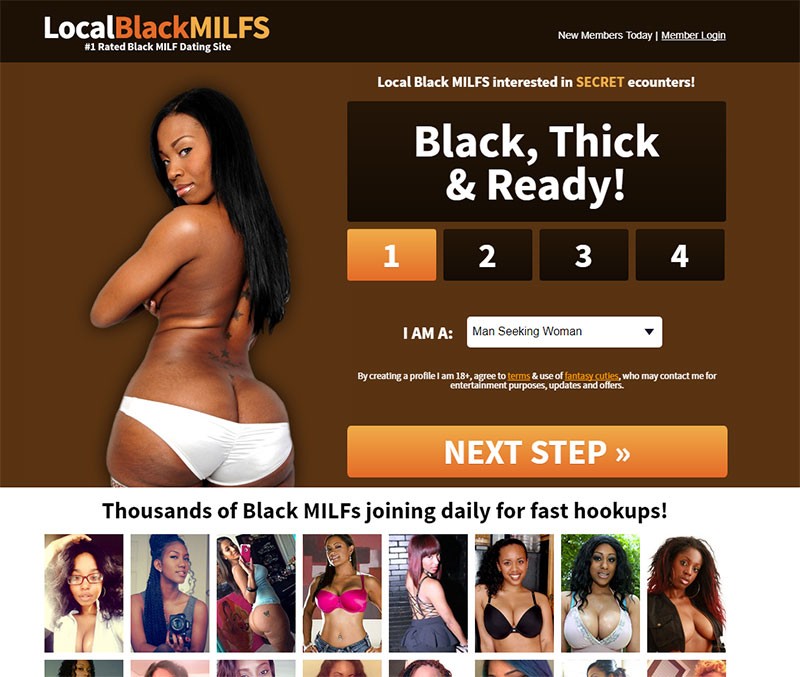 Since I tend to not beat around the bush, I’ll get right down to things here. Local Black MILFs is an expensive scam that can run you quite a bit of money before you realize that you’re being tricked into thinking that the site is real. They use two different methods of getting you on the hook, then they try to keep you on it for as long as possible so they can make as much off of you as they can. There’s nothing new about the way that they operate, but a lot of people still fall prey to it because of how deep the whole thing goes. What you may consider being a simple website is really a big business with money flowing in every direction.

The first tactic they employ is the use of online cuties. These fake profiles that are meant to provide you with a fantasy experience and nothing more. These women will never meet up with you because they simply don’t exist. They’ll start emailing you the second you make a free profile and nag you until you pay up so you can respond to them. Once you do that, you’ll realize just how poorly a robot speaks and you’ll feel like a fool for falling into the trap.

They actually tell you right out in the open which profiles are fake, and it turns out that it’s the cast majority. Any person with the OC icon on their page is fake. It stands for “Online Cuties” and is run by the site itself. These are the things that they use to get you onboard and set you up for the final scam that’s designed to keep you on the hook for as long as they possibly can. If you ever decide to use the text feature that they offer, you’re probably going to be talking to a paid employee.

The site uses third-party contractors to talk to people and make it seem like they’re talking to people who are actually interested in meeting up with them. It’s a promise that not a single one will ever want to see you in person. They’re simply being paid to sell you a fantasy and make you believe in the possibilities of the site. Since each text costs money, it can all quickly add up and leave you with a lot less of it than you started with. It’s just the way of the scamming world and there’s no way around it.

I’d like to also add that many of these sites that utilize contracted workers try and pose as though they’d be willing to meet you for sex. If you think that’s going to happen here, then you’re an idiot. Be smart and think about it. Why would a company put their contract workers or employees in jeopardy of meeting someone in person where they may end up in a harmful situation? The bottom line is that they wouldn’t, so don’t expect it to happen.

This site is clearly a major pass. They don’t offer any real way to talk to people and only want to trick you into spending your money. They’re not going to do anything for it or offer you anything that you actually want. It’s a scam from the very second you click on it and it never ends. If you want to spend your money on a fantasy, then go to the theater. At least you’ll be able to get popcorn and candy. If you use this site, you’re only setting yourself up to lose a bunch of cash.