I’m a firm believer of doing what you can to see the world. If you’re not traveling and experiencing things all over the world, then you’re not living life to the fullest extent. I’m single and I love traveling. My guess is that you like it too. Let’s face the facts: you’re a single guy. As a single guy, you love to meet people and get your grind on.

Chances are you enjoy shoving yourself into as many different women as you possibly can. It’s the spice of living your best life. If you’re single, then you need to know this right now…

Your single time is a magical time that you’ll always remember with fondness. 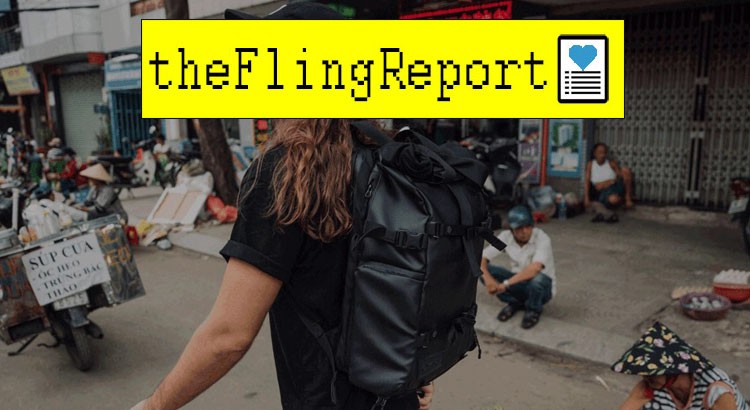 For that reason alone, that’s why it’s so important to do it right. Don’t waste it by spending all of it in the same three square miles. The solution is quite simple: expand your horizons and travel as much as you possibly can.

Learn a few parts of some foreign languages and give whatever you’d named your little buddy as many hot international chicks as you possibly can.

In fact, here’s a list of the best cities for you to visit to do just that. These girls are gorgeous and they just love a good American man.

If you’re thinking about traveling to see the world, don’t just go for the sake of going. Go with a purpose so that you can accomplish a few things. Here are the hot spots that I suggest checking out if you’re single and willing to travel and mingle! 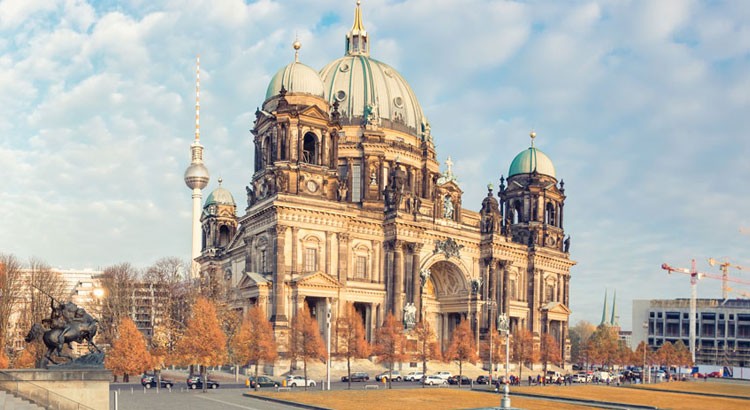 There’s more history here than you can shake a good old, American hickory stick at. Hell, your grandfather or great grandfather probably spent some time here, albeit not for as much fun as you’re about to have. German chicks are hot when they’re young.

They’ve got tight little bodies and never pass up the opportunity to get a little crunk. On top of that, the club scene is lit. Make this the place you visit to sleep during the day and party all night long.

The women are all going to be strong 8s and they’d just love to have a little American in them. I know you’ll do the “fling” thing in this city, no doubt about it! 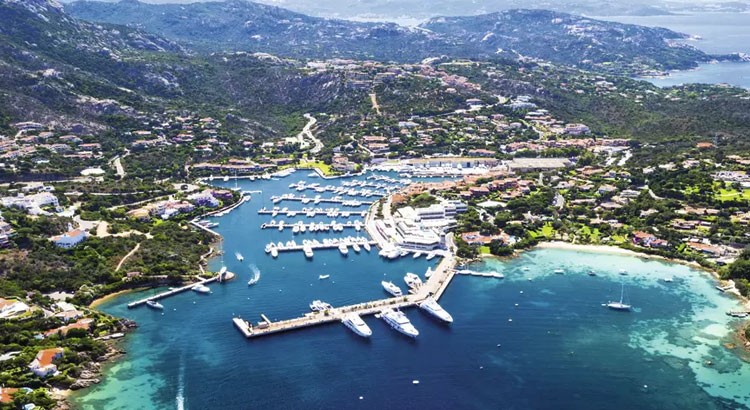 This one requires a bit of money to get by. Well, let’s just say that you at least have to be able to fake it. It’s a vacation destination for rich Italians. Do you know what Italian women love? That’s right, Americans.

The secret to bagging any rich chick is to play up your ruggedness. If you can make it seem like you just got off your mounted steed to board the airplane, then you’re in. Rich Italian women love to party and the beaches are to die for.

Just make sure you brush all of the sand out of your butt before you head home.

Do you want to talk about gorgeous? Then you need to talk about Israeli women. Damn. They’re hot. Don’t even bother reading the rest of this list. Book yourself on a flight right now and head to Tel Aviv. It’s a paradise and the women are amazing.

That means that you can knock off a couple countries at once with one little bangy bang. 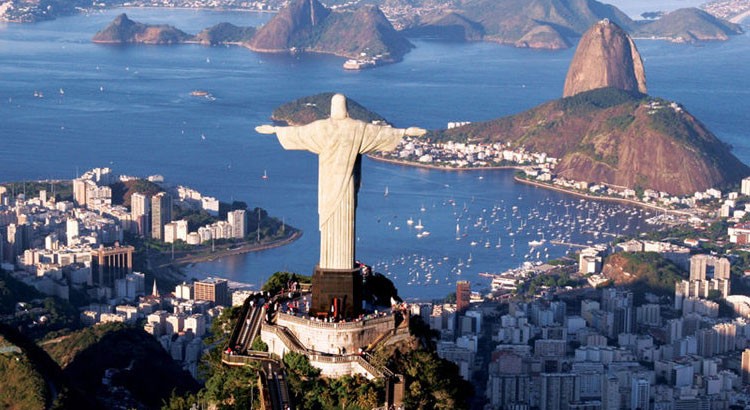 Whoo, doggie! Brazilian women. Just let that sink in for a minute. They’re amazing. They’re fiery. They’re passionate. They’re the sexiest things on the damned planet. Get yourself to Brazil. Make sure you spell it Brasil, though, they love Americans who have at least a passing knowledge of their country.

They’re very proud of it and they hate it when people think they speak Spanish. Learn a few phrases in Portuguese and you’re going to be drowning in “it.” You won’t need to try and hustle your way into a premium Snapchat account because you’re going to get the real Brazilian experience during your trip. These girls absolutely love Americans and they all try to learn English. 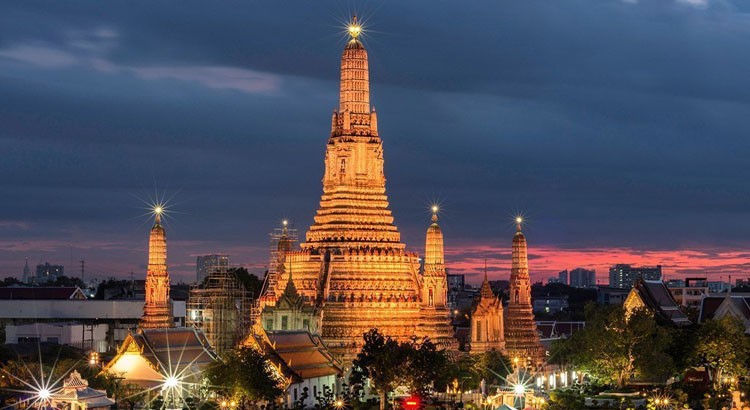 Here’s what’s amazing about Bangkok: everything. The women here are in love with the idea of the rich American. You don’t need to have a dollar to your name, though. Your accent and your essence will exude everything that they need to connect the dots.

They’ll treat you like royalty and take your President Johnson for a ride that it will never forget. Just make sure you play it safe here. It’s not exactly known as being the cleanest city around. 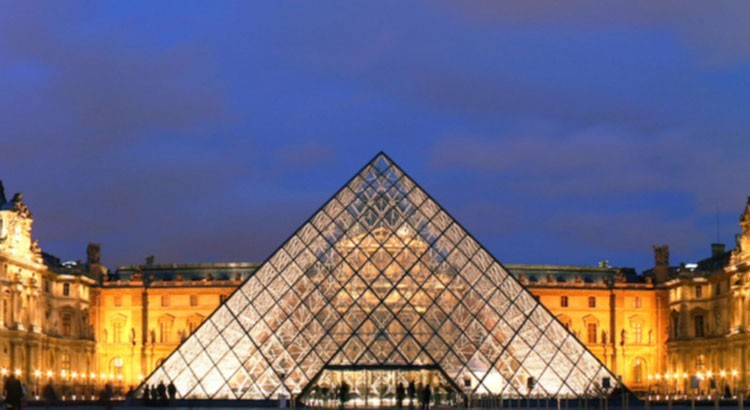 The Louvre Museum in Paris, France

This is where the rubber really meets the road. French women are by and far the most romantic around. It’s in their blood. You just can’t spend all of that time watching moody black and white films without finding a love of passion.

The idea of the erstwhile stranger riding into town and sweeping them off their feet is impossibly attractive to them. You stand you leave this city chaffed and smiling for the next three months. While you’re there, you need to hit The Louvre because it’s pretty damn awesome! 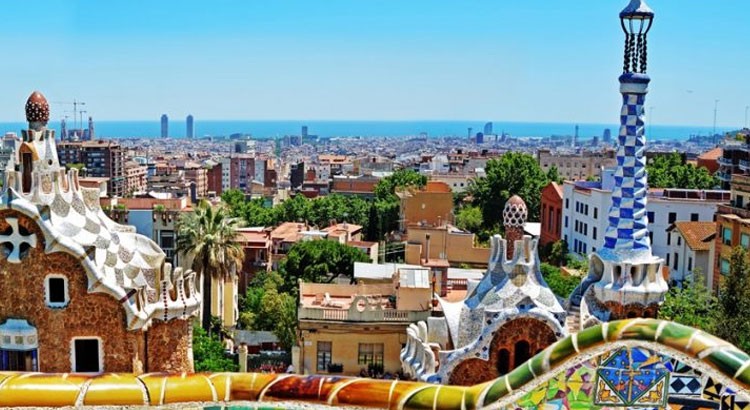 View of the city in Barcelona

Finally, we come to Spain. Just like Brazil, its women are passionate and fiery. The only difference is that they actually speak Spanish here. Also, just like Paris, they love the idea of the stranger from a strange land sweeping them up in a whirlwind of romance and animalistic passion.

The nightlife is amazing and the women are gorgeous. If there were one city that encompassed all of the other benefits on this list, this would be it. Make it a destination and you’re never going to be happier in your life.

You’ve got plenty of places to check out if you’re willing and able to get out of town. My suggestion once again would be to check some travel deal sites and jump on one of the most economical trips to check out. I guess the big takeaway here is that if you’re traveling to all these destinations and doing it on the cheap via the train system, then you can easily meet and mingle with women from all over the world. The need for hiring girls for favors are over (same on you if you ever had to do that).