My Review of Meetwild.com (Yes, It Sucks)

I’ve been known to try and a significant number of casual dating sites and given the nature of Meetwild.com, I had to check this out and give it a shot. I went ahead and joined the website just like I always do and I put forth the effort to connect with people. What I’m about to share with you is everything that happened and what you can expect to happen should you join the site yourself.

One thing to note:

This site isn’t one that you should jump right into. Instead, it’s best to read a review on it and get to know about the site before jumping in headfirst. That said, I’d like to share a few tidbits of information with you about the Meetwild.com website. While many of you may have strong feelings about this site, I think it’s a bad idea to jump in headfirst. 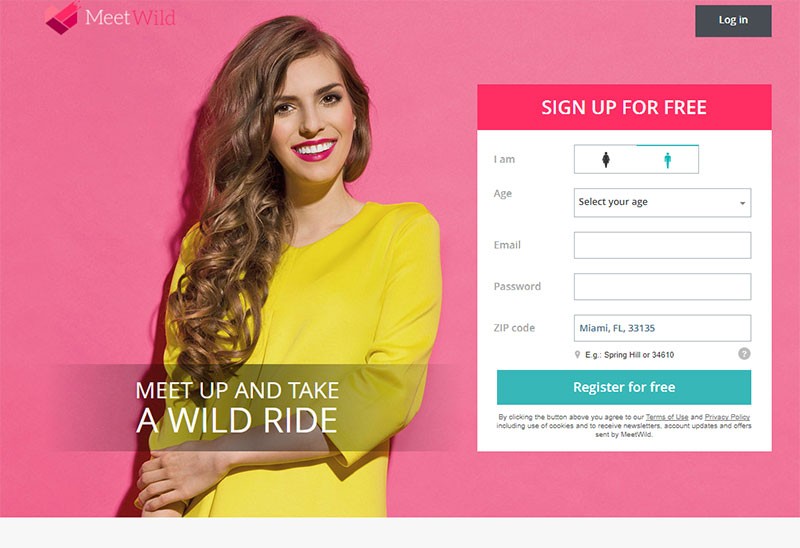 The first thing that I noticed when I landed on the site was that there were so many red flags that just do not sit well with me. The first thing I’ll point out is the stock photo of the female on the front of the homepage. This screams fake to me and I can’t get past it.

Even worse, the Bulova Invest Ltd website has some success stories that make the site sound like it’s eHarmony or some serious relationship site. The truth is that it’s nothing of the sort. A legit hookup site doesn’t showcase a couple that “got hitched” and fell in love. It’s ridiculous that anyone would even believe these types of things.

Another thing that I absolutely hate about this site is the fact that they make you accept the terms and conditions without telling you what you’re accepting. When you click the “Register For Free” button, then you’re accepting everything that the site has written in their terms, and trust me, it’s not what you want to accept.

It’s not worth your time and most people should be able to see through the b.s. and I don’t recommend doing so.

If you’re thinking about joining the site (which I wouldn’t) then you’ll want to know about the cost. One thing you can count on is that this is going to cost you some hard-earned cash. Here’s a rundown of the exact cost structure involved.

You’ll basically need to spend money to get anywhere on the meetwild.com website. Don’t waste your time doing so, trust me.

Now for some of the other things that you want to know about this site before joining.

The fact that the site has active messaging when a profile is incomplete is actually quite disturbing. Many of the so-called “women” on the site end up contacting users.

The users they contact don’t even have their profiles filled out completely. They go as far as sending messages to people that haven’t even added a photo or any special tagline to their profile. That almost never happens and I will go ahead and say that they are fake users messaging you.

The Winks Are The Same

Yes, this site has some foolish “wink” system that allows users to send winks back and forth to one another. They’re not good for anything at all.

What really sucks about these winks is that they fill your inbox up and you can’t communicate or respond to anyone sending them unless you upgrade your membership.

One thing you absolutely need to know is that there are many fake profiles peppered throughout the website. Many of the photos have been copied from other sites. They are what I’d claim to be “stolen” as far as I’m concerned. When you see profiles posted on many other sites, it’s only a tell-tale sign that this is completely fake.

If you want to contact the site, then I suggest emailing them at support@meetwild.com and at the very least, canceling your membership.

Conclusion: MeetWild.com Is A Huge Waste Of Time

If you think you’ll get anywhere using this site then you’re crazy. I’ve never seen more of a waste of time and money as far as dating sites are concerned. This might be one of the worst. Do yourself a solid and avoid the site at all costs. If you want to meet someone for a wild time, then start here instead.