Ohlala App Review Reveals The Truth About This Network!

As you know, I report the truth and nothing but that when it comes to dating networks. The latest site/app that I’ve recently investigated was the Ohlala app. This is by far the most uniquely branded app that I’ve used in a long time. I mean, who would have thought that Ohlala would actually be an app that would take off in the dating space? Keep reading to get all the details and a better understanding of everything I’ve learned about this network. 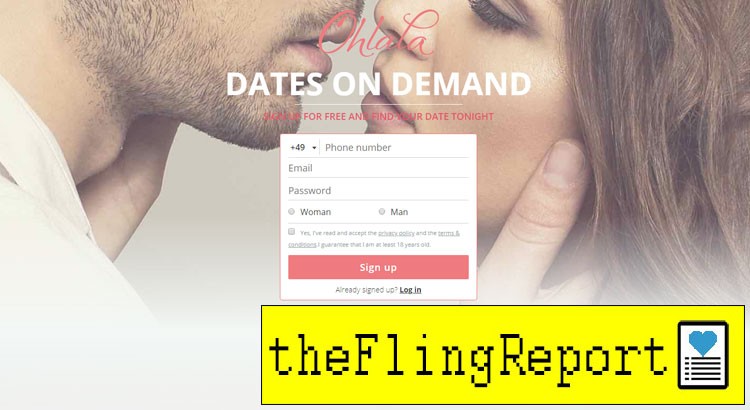 They don’t come right out and say that they’re a prostitution platform, but it doesn’t take a huge leap of logic to see them as just that. The way that the entire thing works is pretty unique, and it’s slowly becoming more common in the United States. As of right now, it’s severely limited in scope and only available on iPhones and iPads.

The theory behind the site is simple: men and women make profiles, but they can’t see them. When the man has a hankering and some money to burn, he uses his profile to make a post. This post will consist of all the necessary information.

This is where he tells the women how long he wants the date to be and how much he’s willing to pay. After that, it’s nothing more than a waiting game for him. He won’t be able to do anything until someone accepts his offers in the area.

When a woman logs on, she gets notifications of all the date requests around her. They’re only good for four hours, so it’s not a great way to plan your weekend in advance. After she sees a request, she has about twenty minutes to respond to it.

If she’s interested, she can accept it and the lines of communication are finally open between the two of them. This is where they work out the details of their arrangement, such as where it happens and what goes on during it. A little imagination is all that’s required to figure out what exactly those things entail.

No Laws Are Broken

The thing to remember here is that the app has nothing to do with the money exchanging hands. The woman doesn’t really have any positive proof that she’s going to get what she was promised. Neither does the man. It’s up to them to make sure it all goes smoothly.

This is what allows the app to exist without breaking any laws. If it acted in any other way, it would be opening itself up to plenty of litigation and a lot of legal headaches. That’s the reason why it’s only now just coming into the United States from Germany.

Conclusion: Works But You Must Pay

The app itself works great and does exactly what it promises to. It’s free to use and has great potential to be a great way to get together with someone for the night. As long as you don’t mind paying for what you want, it will do what you need it to do. If you want to get in on the ground floor of an app that can revolutionize your hookups, then you definitely want to check it out. There’s no telling what the future might hold for it, but if it manages to stay in business, it looks very bright.

However, I want you to understand that I would 100% go with an app that didn’t require you to pay the girls to meet up. Which is why I suggest using the app on my homepage instead of this Ohlala app.