BBWDesire Is Such A Bad Dating Site!

Okay, just for the record, we don’t typically go for BBWs but on certain occasions, we like to report on them. Today I’m sharing a report on a site called BBWDesire. If you desire the plumpest of the plump babes sitting on your Johnson, then you need to read this dating site review. Why? Well, because it’s not going to happen here at BBWDesire.com. I hate to burst your bubble, but that’s the honest to god truth. If you want to hook up, this might not be the site for it. Instead, try the Fling.com site out. Keep reading for BBWDesire details… 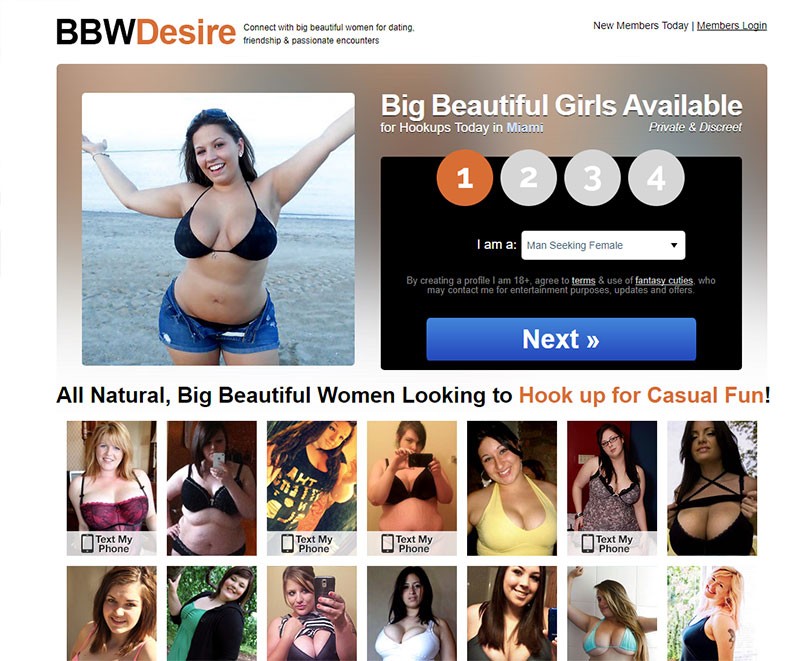 BBWDesire Is A Scam (Proof Below)

BBW Desire is yet another scam site in a long list. This will do nothing but take your money for nothing. They use fake profiles and send out messages from bots to make you think that you’re getting someone’s attention when you’re really just being convinced that paying for an upgraded membership is a good idea. No amount of time spent at this place will bring you to a real person and you’ll just be left with a smaller bank account at the end of the day. They’ll happily take the money that you could have spent on a real site and continue to bill you long after you’ve learned the real reason that the site exists.

If you make the mistake of upgrading your membership so you can respond to all of the fake emails, you’re going to find out that it’s all on a recurring billing plan. My guess is that you’ll have to actively cancel yourself. Once you go through the process of contacting them and telling them that you want out, you just might end up being billed again anyway. It’s been reported quite a few times that people end up paying after they’ve canceled and getting your money back is probably worth more time than the cash.

The site is basically banking on the fact that you’ll just get frustrated and walk away, letting them keep the money that you worked for and it’s made them millions of dollars. If you’re willing to trade the cost of a month of membership for the ability to respond to messages that you can’t read in the first place, then you’re more than likely willing to trade another month’s membership fee in return for the days and hours it would take to get your money back. It’s a sad outlook on their customer base, but it seems to work for them.

One thing that you can do to prove to yourself that the site is a scam is simply to change your address. Make a profile with your real location and take a look at the women around you. Then go in and change your address to someplace across the county or the world. You’ll be surprised to see that the exact same women are still extremely local to you. Unless they have the power of quantum superpositioning at their disposal, they’re clearly not in two places at once.

They are simply scams.

It’s going to be in your best interest to just ignore this place. Forget all about it and pretend that it doesn’t exist. It has nothing to offer you and will be a huge pain in the ass to cancel once you’ve started paying for it. Just pass it right by and find a place that can actually provide whatever it is that you’re looking for. This one may look good, but that’s all it does. It has nothing to offer and should suffer the fate of becoming an internet ghost town where no one treads.

Another site by this same company is Milfaholic.com and that’s a scam as well. You’ve been warned!